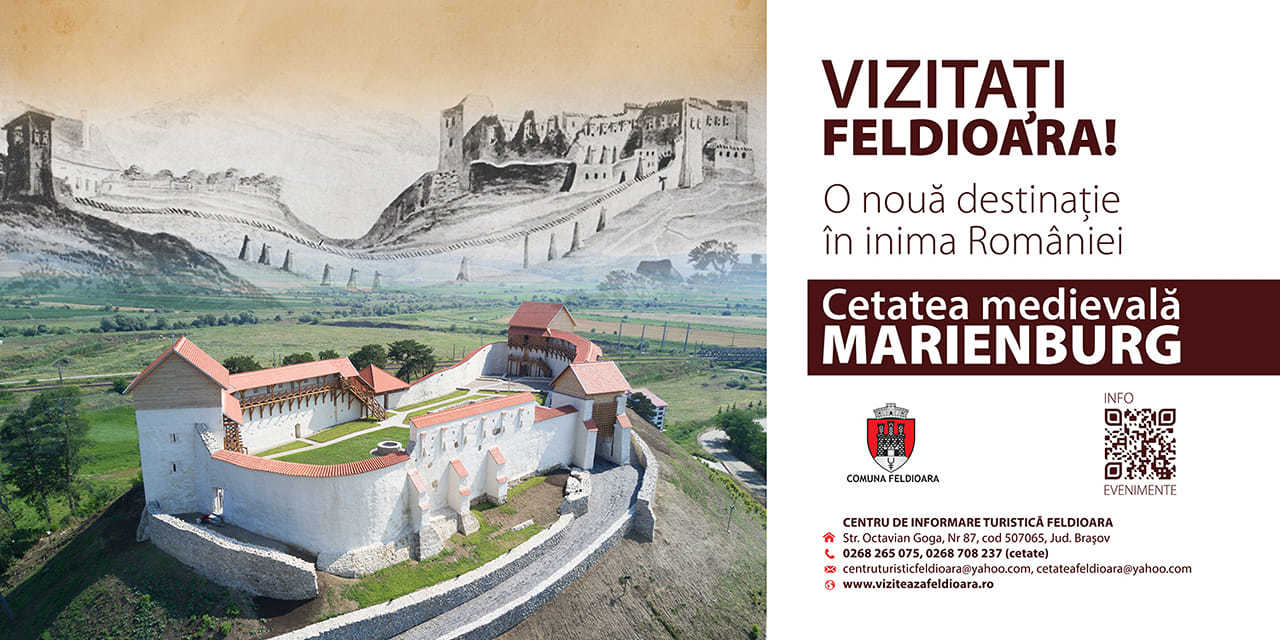 Ridged by the Teutonic Knights, the Feldioara Fortress is the oldest fortification in Brasov County, being documented since 1225. At the time of its construction, t had strong walls and was the most important fortification in Transylvania.

Built on a 150-meter-high limestone rock, the fortress was later extended with the help of the Saxons of Râşnov, Cristian and Vulcan. The western, northern and eastern sides were protected by a continuous gallery, two anteforts and seven towers. On the southern, more steep side, there were only two towers.

The fortress was destroyed in 1430 by the Turks, as well as by Vlad the Impaler in the 1457 campaign, the inhabitants rebuilding it in the same year. During the communist years, ite was left to decaz and become an almost ruined. Only the Northwest tower, the fountain in the middle, the stone foundation of the chapel, and most of the cellar remained.

Archaeological discoveries have highlighted that the hill of the fortress was inhabited thousands of years ago, revealing surprisingly well-preserved artefacts from the Neolithic (Cucuteni), Geto-Dacian and Medieval periods that will be exhibited in the museums that will exist in the towers of the city.

According to the Feldioara Tourist Information Center, in the Fortress of the Teutons all the towers and the walls of the premises (the North, South, East, West and Zwinger protection towers)have been restored, and the original teutonic fortifications have been preserved. Inside the inner courtyard, the remnants of an initial chapel and a Cistercian monastery were highlighted by ground marking. The fountain was also rebuilt and a viewing area was set up on the guard wall, from where the Bârsa countryside can be admired.