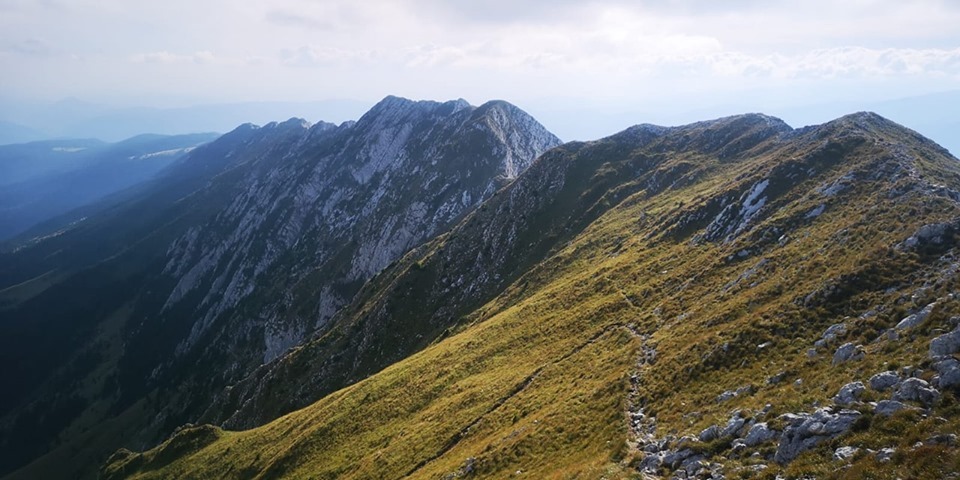 The natural stone fortress of Piatra Craiului is unique among the mountains in our country. The specific landscape is characterized by a lonely ridge, reaching a length of about 25 km and heights of over 2,000 meters La Om Peak (or Piscul Baciului) is the highest and measures 2.238 m.
f we study the peculiarities of the massif, we will discover a great variety of relief shapes and dimensions: rock cliffs, pins, pyramids, edges, towers, girdles, and chimneys. A large number of valleys, stunts, natural arches, and alpine gaps complete the visual spectacle, along with particularly spectacular steep slopes.

Here live 1,170 plant species, almost 30% of the plants found in our country, of which 181 are protected. Among these species we mention only the most famous ones: Pietrei Craiului garlic, yew, angelica, sturgeon, yellow poppy, lime, corner flower, wild gladioli, bulb, and mountain peony.

Piatra Craiului hosts an impressive number of mountain orchid species, 41 of the 58 species existing on the territory of Romania.

The climatic and geological conditions, the geomorphology and structure of flora and vegetation in Piatra Craiului have determined the preservation of a special diversity in the mammalian group. Of the 100 species of fauna of the whole country, over 40% live in Piatra Craiului.

Access to Piatra Craiului National Park is made on the basis of the visiting ticket, buy the tickets on http://www.pcrai.ro/lang-en/8/Vizitarea.html.

You can buy the ticket from:

The entrance fee implementation period is: 1st of May – 31st of October

*Exceptions from the payment of the entrance fee are:

To buy a ticket:

2. From the National Park site www.pcrai.ro at the section http://www.pcrai.ro//lang-en/10/Diverse/bilete-53.html

Choose the route that suits you the best and don't be too adventurous or overestimate your strength!

If you have any doubts about the chosen route, request information from the Park Administration and Mountain Rescue Service!

Make sure you have enough water with you for all the duration of the trip, water sources are rare or missing in the upper part of the mountain!

Do not drive beyond acces prohibiting signs!

Do not drop litter, take all your rubbish with you!

Admire the flowers but do not pick them!

Cherish the wild life; there is a place for everyone in nature!

Maintain the nature's tranquility so others can enjoy it as well!

Camp only in the specially designated locations!

Fire is allowed only in dedicated areas around camp sites and near chalets!

Do not damage the information panels, arrows, mountain shelters, bridges or any other infrastructure!

Use the mountain shelters only in case of emergency; allow other visitors to do so as well!

Please use only the marked trails!